Cavalier Response on Behalf of Attorney General Holder, Who, Along with President Obama, Has Refused to Abide by the Rule of Law and Uphold Constitutional Values

When I was Executive Director of High Road for Human Rights, I drafted a document entitled A Demand for the Equal and Principled Application of Laws Forbidding War Crimes and Other Heinous Abuses of Power.

A Brief Description of the Demand:

The illegality of kidnappings and torture under U.S. law.  Kidnapping and torture are serious violations of federal criminal statutes, including the federal torture statute and the War Crimes Act of 1996.  Warrantless surveillance of US citizens’ communications is a felony under the Foreign Intelligence Surveillance Act.

The proud tradition of the United States.  Since the Revolutionary War until the past decade, torture has always been strictly prohibited by the US, including in the military.  George Washington prohibited his troops from mistreating British soldiers, the Lieber Code prohibited the intentional infliction of any suffering on captured soldiers during the Civil War, and the U.S. applied the Geneva Convention protections against torture during the Korean War, World War II, and the Vietnam War.  Soldiers were prosecuted for waterboarding during the Spanish American War and the Vietnam War.

The culpability of U.S. officials for illegal torture.  The prior administration authorized the use of several means of torture, which was inflicted upon dozens, perhaps hundreds, of people with impunity.  Deaths, disabilities, and mental illnesses were caused by the torture.  Further, the reputation of the U.S. is now that of a nation that resorts to torture as a matter of official policy.

Felonious spying on U.S. citizens.  The prior administration represented to the American public that it was obtaining warrants, as required by the Constitution, before subjecting citizens’ communications to surveillance.  It was a lie.  The president had ordered the National Security Agency to engage in wholesale surveillance of U.S. citizen’s telephone and email communications without obtaining a warrant.  Every instance of such surveillance was a felony under federal law.

Preventing the courts from providing a check on abuses of power by the executive branch.  When illegal torture and surveillance has been challenged in the U.S. courts, the executive branch has avoided any accountability by having the courts dismiss the cases.  The sole reason for the dismissals has been that the executive branch has claimed that to allow the cases to move forward would require the disclosure of “state secrets”.  The balance of power upon which our system of government depends has been sorely undermined, leaving our republic badly damaged – permanently, if we do not restore the rule of law now and our system of checks and balances now.

What are we demanding?

We’re demanding that the law be applied fairly and equally.

And we’re demanding that measures be taken to deter such illegal conduct in the future.

Investigation and Disclosure of the Truth.  A crucial part of our demand is that a select committee or independent commission be formed to thoroughly investigate and disclose illegal conduct by or at the behest of the executive branch.  We, the people of the United States, have every right to know about abuses of power, particularly when committed in violation of criminal laws.  A bright light was focused on governmental wrong-doing by the Church Committee during the 1970’s.  That was an uplifting and democracy-enhancing moment in our nation’s history.    To restore the rule of law and to protect our system of checks and balances, we demand a similar investigation and disclosure, followed by measures to deter illegal abuses in the future.

If the U.S. disregards the law, the international community should act now. If the U.S. fails in its duty to apply the rule of law in a principled fashion, and if accountability for illegal conduct is ignored, then we call upon the United Nations and other individual nations to hold perpetrators accountable, as they are committed to do under the Convention Against Torture.  As President Reagan said upon the ratification of that Convention, “Each State Party is required either to prosecute torturers who are found in its territory or to extradite them to other countries for prosecution.”

That Demand was signed by several hundred people, some of them people of great distinction, including:

I mailed the Demand to President Obama, Attorney General Eric Holder, the United Nations, the U.N. Committee Against Torture, and members of Congress.

I just received a response of the letter to Attorney General Eric Holder from Teresa McHenry, Chief of the Human Rights & Special Prosecutions Section of the U.S. Department of Justice.  Her letter was as dismissive of the Demand as President Obama and Attorney General Holder have been of the rule of law, our domestic laws, and U.S. treaty obligations.  The following is the response, in its entirety:

I have been asked to respond to your November 19, 2011 letter to the Attorney General enclosing the petition “A Demand for the Equal and Principled Application of Laws Forbidding War Crimes and Other Heinous Abuses of Power.”

We appreciate your attention to these important and difficult matters.  I can assure you that the Attorney General and the Department of Justice take them very seriously.

Where will YOU draw the line?

If you have drawn the line and find you can no longer support either of the corporatist, militarist parties or their candidates, make a positive choice.  Please declare your commitment to real change and support me for President of the United States.

I have far more management and executive experience than many who have won the presidential election (including, of course, Barack Obama) and have been fighting for many years against U.S. empire-building and wars of aggression, the deterioration of the environment, abuses of human and civil rights, the failure of leadership on climate change, the corrupt influence of money in government, the stranglehold of the military-industrial complex on the federal government, and fiscal irresponsibility.  (See website biography; Wikipedia.)  Please join me in this exciting grassroots movement for radical change – change that will ensure that the federal government serves the public interest rather than the narrow interests of those who buy and pay for the White House and Congress.

Please share this message as widely as you can.  Let the Republican and Democratic Parties know that the public will not be manipulated with hundreds of millions of dollars being poured into television advertising – and that the people of this nation are committed enough to real change that they will organize, mobilize, and take action to overthrow the dictatorship of corrupt money and political elitism once and for all. 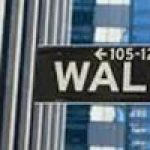 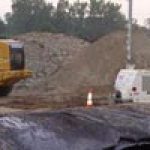 Rocky Anderson: Say “NO” To The Keystone Pipeline Again2012 President