According to a report in today’s New York Times, the same banks which wreaked havoc on Wall Street in 2008 are gambling again. The big five have had more than eighty billion dollars of exposure in the most economically troubled European countries.

Justice Party Presidential candidate Rocky Anderson thinks this is too dangerous for America.

“It’s infuriating. After all the damage these banks did to our country they are risking further devastation by being heavily leveraged in Spain, Italy, Portugal, Ireland and Greece. Rather than investing in the American people and American business they are putting fistfuls of money into unstable countries in the Euro-Zone.”

Anderson acknowledges that many Americans do not pay attention to the financial crisis in Europe.

“We should all pay attention. The impact on our country could be monumental: more job loss, higher debt and our stock market could tumble, ravaging savings accounts and investments for retirement.”

According to the Times, the big banks have protected some potential losses by spending millions on credit-default swaps … a sort of insurance which is only as good as the “insurers”. When the insurers, like AIG, face exposure, they then come running to the federal government for bail-outs.

“After the financial meltdown in 2008 none of these “manipulators” went to jail. The dominant political parties and members of Congress who receive hundred of millions of dollars in contributions from Wall Street apparently think the bankers are not only too big to fail, but also too big to prosecute. This kind of financial tightrope walking is all about greed. The people doing it must go to jail and pay for their crimes. Our leaders owe it to the American people to restore confidence in our financial system.” 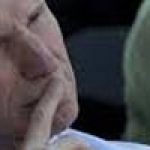 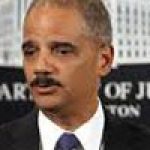