“Our government is saying it has the right to kill Americans whom it believes are part of a terrorist organization, but it refuses to disclose to Congress the legal opinion that justifies these actions,” says Anderson. “The killing of U.S. citizens as a part of an official assassination campaign is unprecedented in U.S. History,” notes Anderson. “There are no charges filed; no trial, no due process whatsoever. This is a subversion of the U.S. Constitution and absolutely un-American.”

Senator Ron Wyden from Oregon and Senator Patrick Leahy, Chairman of the Judiciary Committee, have both expressed their concerns to Attorney General Eric Holder. Anderson agrees,

“I thank Senators Wyden and Leahy for their patriotism. The Bush Administration displayed no regard for international law. It broke treaties and it undermined the rule of law. Many of us thought an Obama Presidency would restore our inherent respect for liberty and justice. We were wrong. This administration has created secret legal opinions allowing the killing of American citizens and it refuses to share those opinions with Americans. This latest example of the imperial presidency should outrage all who value our constitution and our nation’s most noble traditions.”

Anderson questions where the Administration is going with this kind of thinking.

“The Bill of Rights says that no American shall ‘be deprived of life, liberty, or property, without due process of law.’ Many current elected officials have little regard for due process. The NDAA provisions allowing for indefinite detention are subversive to our form of government. We must act in every way to protect the rule of law. Due process is one of the most important features of a free society. All true patriots should demand accountability and compliance with our Constitution.”

Rocky Anderson is the former Mayor of Salt Lake City, the founder of High Road for Human Rights, and current Justice Party nominee for President of the United States. 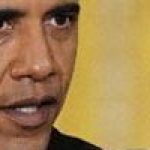