Why, when he has almost no chance of winning?

Why would Rocky Anderson help form the Justice Party and run for President when he has almost no chance of winning? A proven commitment to peace, protection of civil and human rights, and an end to empire-building through wars of aggression A proven commitment to economic, social, and environmental justice

And why would YOU help him in his campaign? Rocky, his running mate Luis Rodriguez, and people throughout the nation volunteering their time and energies to the campaign, are working hard every day out of passion for making a better, more just, healthier nation.

They are getting the word out in remarkable ways: “Rocky Anderson is rocking the vote”

“Rocky Anderson on the issues that matter most”

“Rocky Anderson vs. the establishment”

“Rocky Anderson: A man in his own words”

Just imagine what they can do with your help!

Your contribution is essential to leveraging this campaign into being an integral part of a long-term, successful movement for government that serves the people, not just the corrupting sources of concentrated wealth that currently have a stranglehold on our elected officials and the Democratic and Republican Parties.

If you believe in this movement, if you believe in the need to restore the rule of law and our most fundamental constitutional values, please be generous in your support of the Anderson/Rodriguez campaign – an essential component of a long-term movement for a more peaceful, sustainable, secure nation and world. 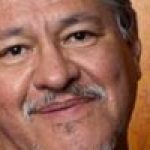 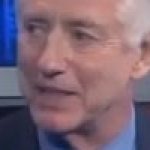 Online Donations: What Your Money Means in a Corrupt System2012 President