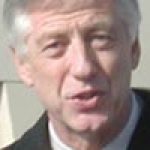 Celebrating, by honoring, the Fourth of July2012 President 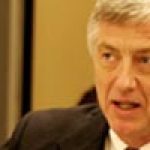 Why, when he has almost no chance of winning?2012 President