Our goal is equality. It is a fight that has defined our nation’s history. Every step toward this goal has come from people at the grassroots taking a stand together. Join our campaign to push now for equality relating to sex and sexual orientation. Our progress will be measured by the extent to which we rally people together in this common cause.

Unlike President Obama, Rocky Anderson believes that, as with other constitutional protections, equality as between people of different genders and sexual orientations should be federally guaranteed. When a president asserts a commitment to equality, he or she should actually do something to make it a reality.

Don’t be silent. Please take action by signing this letter calling for a New Equal Rights Amendment, contributing to Rocky Anderson’s campaign, and passing this message along to friends and family. It will all make a difference.

Sign the petition for the New Equal Rights Amendment

Today we have set a goal to collect 600 signatures (we’re already half-way there!), as well as raising $3,000 toward the $50,000 goal we have set. The only way this will happen is if you who believe in the solutions for which this campaign is fighting decide TODAY to contribute and to forward our message.

Why now? Because only with support today will we be able to continue our fight for equality. 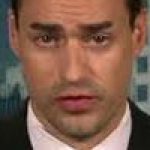