While Rocky stands against corruption — limiting contributions to $100.00 per donor — the Obama administration is having trouble finding a spokesperson who is flexible enough to bend out of the hypocrisy behind the slew of private equity money backing Obama.

“I don’t understand why it’s okay for the president’s private equity supporters to bankrupt companies and put people out of work, but it’s not okay for Mitt Romney’s equity firm to do that?” Anderson Cooper repeatedly asked Ben LaBolt, a dodgy representative for Obama. “The president has support from business leaders across industries who agree with his vision of building an economy that’s built to last,” LaBolt stuttered through, “where hard work and responsibility are rewarded…” Anderson let him continue for a few seconds before reminding him, “You yourself said that’s not what private equity is about,” at which point LaBolt evaded a real answer with another populist talking-point.

Will you defend Romney’s regressive economic vision, or join Ben LaBolt in Obama apologetics without consulting his actual record? Or will you support Rocky Anderson — a candidate who requires no question-dodging? Watch Rocky’s television appearances here, and read his solutions to the problems America is facing here. 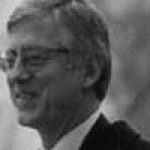 A Message From Pirate TV: Which One Is Real?2012 President