by Steven Holmes (from Yahoo! Voices) Former Massachusetts Gov. Mitt Romney filmed a television advertisement endorsing the only mayor of a major U.S. city to publicly call for the impeachment of former President George W. Bush. The advertisement was filmed while Romney was in office as the governor of Massachusetts for former Mayor Rocky Anderson, who was running for re-election in Salt Lake City during 2003. Anderson was a vocal opponent of former President Bush’s policies, particularly the involvement of U.S. forces in the war in Iraq, which was beginning at the time of Romney’s endorsement of Anderson in the 2003 election.

In the advertisement, Romney’s face is filmed looking straight into the camera and speaking in a personal and passionate tone about Anderson’s leadership, intelligence, and work ethic. Romney speaks in glowing terms about how much he enjoyed working with Anderson, and how Salt Lake City is a “better place” because of his leadership.

Anderson, who was re-elected as mayor in 2003, formally called for the impeachment of then President George W. Bush on CNN in March 2007. He subsequently repeated the impeachment call on numerous television programs and as a speaker at anti-war rallies, urging the U.S. House of Representatives to begin the process of charging President Bush for “high crimes and misdemeanors” for his role in the Iraq War and implementation of anti-terrorism policies.

In a 90-minute telephone interview, which was transcribed and verified through email, Anderson confirmed that he was a consistent and frequent critic of former President Bush by saying, “During the Bush Administration and as mayor I was speaking out constantly about the war and about the lies of the Administration.”

When asked about Romney, whom the former mayor also endorsed for Massachusetts governor in 2002, Anderson noted a distinct change in his political rhetoric and questioned Romney’s devotion to his current policies by saying, “The Mitt Romney I knew and worked so closely with was a very different Romney than is now running for President. The Mitt Romney I knew was very reasonable and moderate. He wouldn’t have won in Massachusetts race for governor if he weren’t,” then continued, “I spoke with him personally, in-depth, about his positions on issues, and he was solid about the key issue of choice and gay/lesbian rights, yet he changed 180 degrees the day he decided to run for President. The things I hear him say now — I don’t even recognize the Mitt Romney I knew.”

Anderson responded to a follow-up question about whether Romney’s 180-degree change, to the point where he “no longer recognized” the man he knew, was simply a tactic to attract conservative votes for the Republican presidential nomination by saying, “I think it’s obvious he’s doing this to attract right-wingers.”

Romney aide Eric Ferhnstrom caused a political firestorm on March 21 when asked how the campaign would attract independent voters in the general election after campaigning as a conservative throughout the primaries. Fehrnstrom used the metaphor of an Etch A Sketch, a children’s toy that erases drawings by simply shaking it, to illustrate how Romney can pivot to challenge President Obama with centrist independent voters.

Throughout both the 2008 and 2012 Republican presidential races, Romney was sharply criticized for he and his SuperPAC spending $35 million, according to Bloomberg, running mostly negative advertising campaigns questioning his Republican opponents’ bona-fides as “conservatives.”

Pelosi overcame a primary challenge from Code Pink anti-war activist Cindy Sheehan in 2008, who mounted the attempt as punishment for Pelosi refusing to support a Bush impeachment. Former Mayor Anderson is a recipient of the Pink Star honor from the activist anti-war group Code Pink, according to his profile. on the Americans Elect website. 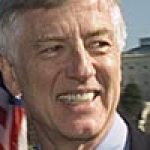 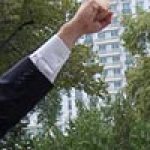 May Day: The American Labor Tradition, and Our Way Forward2012 President