Rocky Anderson: A Lone Voice of Reason On Foreign Policy

Rocky Anderson: A Lone Voice of Reason On Foreign Policy

The 2012 Presidential field is dismal for those supportive of rational, compassiate foreign policy. Between isolationist Ron Paul (opposing all international treaties and organizations), the continuation of disastrous Bush-era policies Obama has perpetuated, and Romney’s promise to reverse Obama’s “massive defense cuts” (massive spending cuts that don’t exist, that is), Rocky stands as a lone voice of reason concerning foreign policy.

Attorney General Eric Holder explained in a speech earlier this month, “‘Due process’ and ‘judicial process’ are not one and the same, particularly when it comes to national security.”

So how does Rocky Anderson describe his foreign policy?

“I would entirely end United States empire-building. I would bring American servicemen and women back to this country unless there is a compelling national security need. That would mean disbanding almost all of our overseas military bases. I would dramatically reduce the U.S. military budget and would take an approach exactly the opposite of the Obama Administration and the neo-conservatives who are so intent in asserting U.S. dominance militarily and economically over the rest of the world, because in the long run, that will spell the downfall of this country and it’s also absolutely immoral as to people in other parts of the world. This Holy War against the Muslim world has been not only shameful, but also absolutely detrimental to our nation’s and future generations’ security interests.” 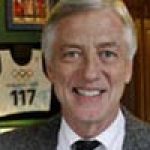 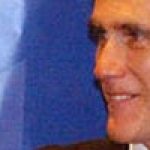