Rocky Anderson spoke on a panel to a packed audience at a Unitarian Universalist church in San Francisco. The event was featured on C-SPAN and reached an audience of over two million. Rocky asked a very poignant question: “Have we got to settle for the lesser of two evils? No. We can’t settle for this system and whether it’s either one of these evils, they represent essentially the same thing. We will never see a change as long as we cave into the fear of letting the worst of two evils defeat the lesser of two evils. Let’s bring about change in this country once in for all.”

This Tuesday our campaign is asking Americans of all political stripes to come together to support a leader who has always represented the public interest by pledging and contributing to our Super Tuesday Moneybomb.

Watch Rocky make the strong case for America’s need
for a third party, while dismantling the “spoiler” fallacy, here: 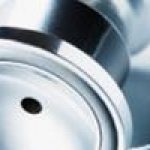 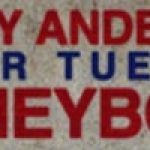