Join Our Moneybomb: Let’s Give “Super Tuesday” A New Meaning

Join Our Moneybomb: Let’s Give “Super Tuesday” A New Meaning

This Tuesday, March 6th, also known as “Super Tuesday,” millions of Americans will to go to the polls to choose the presidential candidate they hope will represent them.  But the reality is that these politicians, no matter who has been chosen, don’t represent the public, they represent corporate interests.

Our campaign is here to let you know it doesn’t have to be this way.  Political movements can, and should, be about building a better future, together. Thanks to contributions from Americans across the country, and around the world, each donating up to $100, this campaign has momentum.  With your continued support, we will grow and create a national grassroots network of Americans who have the resolve to stand up to the fear that sustains a dangerous status quo.

Our Super Tuesday Moneybomb will be another vital step in our journey. It  is a declaration to the corrupt politicians and their corporate investors that people in this country are wise to the charades of the presidential candidates, including President Obama, who place the the millions of dollars they receive from Wall Street and other corporate interests  before the interests of the American people.

Will you help this grassroots movement fight the corrupting influence of big banks, defense contractors, the insurance and pharmaceutical industries, and oil companies by donating up to $100 to this grassroots campaign?  You can pledge your support now, and share your pledge with family and friends to do the same, and then make your contribution on the big day towards the success of our Super Tuesday event.

Also on Tuesday, I will post a video I just recorded.  It is my hope that you will share it with friends and family in asking their support of our cause.  The message is that Americans deserves better and that we can do better.  We will only achieve better government after we get out of denial, stop waiting for hope, and stand up together at this crucial moment in our nation’s history.  Taking a stand is our obligation to ourselves and future generations.

Throughout our history, the people who have made the greatest difference were told that the odds were too great and that they didn’t have a chance.  But because they believed and continued to work toward their goals, they ultimately won. We can, too.

This week, and beyond, let us also demonstrate the power of the American people, working together for a nation that truly reflects our values.

Thank you for your participation, 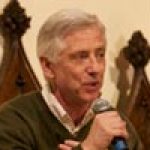 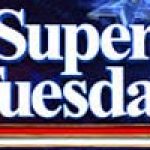