The Democratic and Republican parties have done what can be expected of a corporatist duopoly:  They have made it virtually impossible for a true people’s movement, through an alternative political party, to have a fair shot in our electoral process.

The vast majority of Americans want an alternative to the Republican and Democratic parties.

“Voters favored having a major third party run a candidate for president in 2012 58%-13%—with one in five saying they were absolutely certain or very likely to vote for a third-party candidate.” (Wall Street Journal Article available here)

Yet, contrary to the interests of the American people – and of our democracy – the Republican and Democratic parties have passed laws in many states that make it next to impossible for alternative parties to get on the ballot.  For instance, the Justice Party was founded in mid-December 2011, yet California required that, for the Justice Party to be on the ballot, 103,000 people would have had to register to vote as Justice Party members by January 3, 2012.

The Commission on Presidential Debates, formed by the Democratic and Republican parties, hijacked the presidential debates from the League of Women Voters and has organized and run the debates according to the dictates of the two dominant party candidates.  Without the blessing of both the Republican and Democratic candidates, third-party or independent candidates are excluded – all further eroding any semblance of our democracy.  Once again, the king-makers – owned and operated by corrupting corporate money – call the shots, while the public interest is further betrayed.

Rocky Anderson is committed to expanding the Justice Party into a major force in U.S. politics – to remove the stench of corrupting money from our political system, to restore the rule of law, and to provide far greater fairness and decency for the American people.

Although he has expressed concerns with the funding and transparency of Americans Elect, he has declared himself a candidate with Americans Elect, which may provide an otherwise impossible opportunity for ballot access in all 50 states.  He is doing this while, at the same time, working with the Justice Party to get on the ballots of as many states as possible as the Justice Party’s nominee.

With only about a thousand votes separating Rocky Anderson and the current front-runner on Americans Elect, we have a very real opportunity – with the help of all our supporters – to take the lead and further Rocky’s exposure to an ever-widening audience.

The Justice Party’s organizing efforts are picking up speed, with enthusiastic organizers in more than 30 states.  The exposure gained through Americans Elect will aid in the Justice Party’s growth and support, bringing it closer to being the majority national party of, by, and for the people.

Ideally we would grow the party organically without the need of Americans Elect, but as we’ve been backed into a corner by the anti-democratic collusion of the Democratic and Republican parties, we view Americans Elect as providing an opportunity for ballot access and the Justice Party’s continuing national growth.

We urge you to support the Justice Party and, at the same time, support Rocky’s candidacy with Americans Elect. 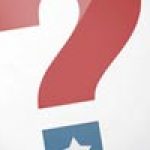