Where Is Your Line Drawn? Don’t Settle for the Least Worst!

Where Is Your Line Drawn? If a presidential candidate had embezzled government funds to pay off gambling debts to the Mafia . . .

You do draw the line at times, don’t you?

For instance, if a presidential candidate had embezzled government funds to pay off gambling debts to the Mafia, that would be a deal-killer for you, right?  You’d refuse to vote for that candidate, wouldn’t you?

If a candidate lied repeatedly to the public about engaging in heroic deeds during a war and about receiving a Ph.D., you’d likely say there is just no way you could support such a candidate.  Right?

Then why would you even consider voting for Barack Obama?

He has engaged in horrific, unprecedented human and civil rights abuses, including:

He has cow-towed to his major donors on Wall Street, bringing into his administration the same people who led the charge for the de-regulation of the financial industry that caused the 2008 economic melt-down.  And he refuses to even suggest breaking up the banks considered too-big-to-fail, possibly setting us up for another economic melt-down.

He contented himself with adopting healthcare legislation drafted by the insurance industry.  Obamacare (which should be called “InsuranceCompanyCare”) will result in enormous premium increases for the American people, while denying basic healthcare coverage to 30 million people.  Many of those people will suffer and die as a result.

If you can draw your line at embezzlement of government funds to pay off the Mafia and lying about war experiences and one’s academic record . . . will you also draw a moral line at assassinating U.S. citizens with no due process; imprisoning people for up to the rest of their lives without charges, trial, legal assistance, or the right of habeas corpus; and killing innocent men, women, and children in other nations while creating more hatred and hostility toward the United States?

People find all sorts of reasons for not drawing a personal moral line when it comes to supporting Barack Obama.

They say it’s because he’s the lesser of two evils.

Or they say his Supreme Court appointments will be better than those who would be nominated by his main opponent.

Please consider these three compelling points (then pass them along):

1. Obama is not the lesser of two evils – he’s the more effective evil because he gets away with doing things with no Democratic opposition that, if done by a Republican president, would generate outrage nationwide, including from the Democratic Party.

Imagine, for instance, if Bush, Cheney, and Rumsfeld were sitting around in the Oval Office deciding which suspected “militants” were to be killed in at least four other nations, knowing that hundreds of innocent civilians would be killed in the process.

The Democrats would go nuts, with congressional subpoenas and hearings, demonstrations, and calls for impeachment.  However, simply because the president has a “D” on his jersey, many Democrats just complacently line up behind him. That’s the kind of blind partisanship, at the cost of core principles, that led George Washington to fear the creation of political parties in the United States.

2. It’s about the President far more than about the Supreme Court!

The Democrats (many of whom are making the “lesser-of-two-evils” argument) can be thanked for confirming Scalia (unanimous in the Senate), Roberts, Thomas, Kennedy, and Alito. And now they complain we might be stuck with more right-wing justices?

It is the President, not the Supreme Court, who is shredding the Constitution, the rule of law, and human and civil rights.

3. Draw your own moral line. Either you support Obama and what he’s doing, or you don’t. I don’t — and will do everything I can to restore the rule of law, an effective system of checks and balances, due process, the constitutional limits of war-making, and the right to be free from governmental tyranny and the horrendous abuses of civil and human rights committed during the Bush/Obama administrations.

Thank you for your support – Rocky Anderson

P.S. After the election, let’s keep up this fight in a broad-based people’s movement for the restoration of our democracy. 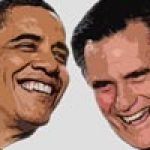 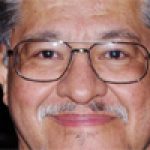