Some Things Can’t Be Bought: Where Will You Draw the LIne?

Some Things Can’t Be Bought: Where Will You Draw the Line?

Some things just can’t be bought. There are some places that a “For Sale” sign simply doesn’t belong. But apparently the message hasn’t got around among the 1%. In what kind of country is there a price tag on democracy? On justice? Unfortunately the U$A is becoming that kind of country, where it’s hard to find anything that doesn’t have a price.
What does it cost for the highest office in the land? Depends on who you ask. Mitt Romney has already ran up an expensive bill; at the end of March he had spent $126,000.00–per delegate–with 607 in all. That’s a total of $76,600,000.00. Who could imagine that kind of money, let alone compete with it? Enter Barack Obama. He has raised nearly $200,000,000.00 for this year’s race. And, oh yeah, we don’t want to forget about Super PACs: they’ve already spent almost $100,000,000.00 this election cycle. (And we’re just entering “general election” season!) Now take a look at Rocky Anderson’s campaign. Professional website, a slew of radio and TV interviews, a few videos produced, and several campaign tours. Obviously his campaign has reached nowhere near the size of audience of the top Republican and Democratic candidates — but how could he? The campaign’s fundraising efforts have pulled in less than $40,000. This is what happens when you take a stand based on principles. To say loud and clear that some things just can’t be bought, Rocky limited all campaign contributions to a maximum of $100 per person and refuses any corporate money. This campaign would rather operate on a shoe string budget and stick to the principles and values of serving the 99% than have any chance of being bought out by private interests or corporations.

“On a shoe string budget, we still need the shoe string,” Rocky reminds supporters whenever he gets the chance.

What will we be able to do with your donation?

The people of this country have the power to change the status quo and reject the corporate-controlled politicians and candidates. Will you make the first step?

How else can you help? 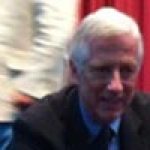 Catching Up With Rocky: April Campaigning in California!2012 President 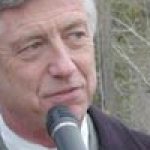