Over 100 people attended a press conference preceding the Climate of Change Conference at the University of Utah. The conference was held in response to HJR 12, a resolution rejecting the realities of the climate crisis and encouraging the EPA to suspend its regulations on carbon emissions. A variety of local experts in the scientific community, including scientists from Brigham Young University, the University of Utah and New York University, emphasized that the scientific consensus around global warming is definitive and projects drastic consequences for our planet. They urged legislators to vote against HJR 12, and to draft legislation that leads Utah towards clean energy. Speakers included Phil Emmi, Joe Andrade, Hans Ehrbar, High Road Director Rocky Anderson, Barry Bickmore, and eighth grader Brian Gregory. 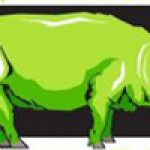 Cocktails with a ConscienceHigh Roads Traveled