Labor and Union Protection in a Rocky Administration

Labor and Union Protection in a Rocky Administration The evisceration of labor protections has been one of the key factors underlying the drastic shift in power and wealth from the majority to the minority over the past 40 years. Unionization allows workers – i.e. the majority of Americans – to band together to ensure fair treatment from their employers. They can bargain collectively to ensure –among other things – fair wages, decent working conditions, and social and environmental protections. Given this, strong unionization rates in the 1950s and 60s played an important role in the improvement of living standards throughout America, the rise in median wages, and rapid economic growth that was fairly evenly distributed. This helped create what is now known as the “Golden Age of Capitalism” with the maintenance of a thriving middle class.

Since the early 70s however, with the collapse of the Bretton Woods Agreement and the subsequent Reaganite assault on working Americans, there has been a major shift of power from workers to management, with total union membership rates dropping from around 25% to 12%, with nearly all that decline coming in the private sector, where the union membership rate of 7% is the lowest since the Depression. The US – where following World War II, one in three non-farm workers were union members –  now has the lowest unionization rate of any developed economy except France. Just as high unionization levels contributed to rising living standards for almost everyone, the fall in unionization rates has led to a reduction in living standards for all but the super rich, with real median wages stagnant or declining, and CEO to worker pay ratio skyrocketed from around 30:1 to around 200:1.

An Anderson Administration would recognize the fundamental importance of a strong and vibrant labor movement as being one of the key building blocks upon which a strong and vibrant working and middle class is based, as it was in the 1950s and 60s. As Mayor of Salt Lake City, he dealt constructively with three public sector unions.  Salt Lake City was the only city in Utah that engaged in collective bargaining, which Anderson has always supported.

Rocky would work towards enacting policies that will enhance union protection, and reverse the catastrophic decline in union participation rates, including the following:

1.     More union participation in government. The practice for decades by Republican and Democratic administrations has been to staff key administration positions with ex-CEOs of major corporations, or people with strong links to such companies. This reflects a balance of power tilted toward the managerial class, rather than the majority of Americans – the “99%”. There is no justification for this.  In order to assure a truly representative government, Anderson would staff a significant share of economic positions with union and labor leaders, people who represent the majority of working Americans. This would represent a drastic reversal from the current Wall Street alumni system that President Obama favors.  The beneficiaries of government policy would also change accordingly.

2.     Repeal Taft-Hartley. Anderson would work to build a Congressional consensus to repeal what President Truman called the “slave-labor bill” passed in the 1940s, the effects of which are still felt by working men and women and their families.

4.     WPA-type Initiatives.  The Works Progress Administration was an enormous success and we are still benefiting from the contributions of the WPA to the repair and building of much of our nation’s infrastructure.  (My high school, ranked one of the three most beautiful in the U.S., was a WPA project and is still serving my boyhood community well.)  With such a program, we could put millions of people to work and contribute significantly to building up our infrastructure – including roads, bridges, buildings, and, with additional components to the initiative, our arts and cultural infrastructure.

5.     Fair Trade.  NAFTA and CAFTA were betrayals to working people and their families and should be repealed or, at the least, re-negotiated so that employers of U.S. workers are placed on a more equal footing with employers of people in other nations.  We should do what we can to return to the United States jobs lost to other countries as a result of the globalization of capital and the free trade agreements that benefited primarily the multi-national corporations that have moved many, if not all, of their operations outside of the U.S. 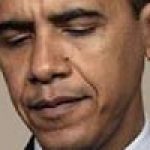 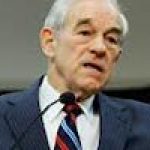