Because our government is controlled by and run for the benefit of the wealthy – while the public interest is repeatedly betrayed. Because innocent people in at least four nations are being killed by U.S. drones, and our president is bragging about it. Because the U.S. poverty rate has now exceeded the poverty rate in 1965, wiping out the progress of the “War on Poverty”. Because neither of the major party candidates – lapdogs to Wall Street and the insurance and pharmaceutical industries – even mention “poverty”, let alone discuss how to eliminate it. Because those responsible for torture have been given a free pass from legal accountability by President Obama. Because not one of those who committed hundreds of federal felonies by illegally spying on American citizens have been held accountable. Because the Bush/Obama administrations have made a mockery of the rule of law, due process, and the War Power Clause of the Constitution, as they have ramped up the imperial presidency.

Because Wall Street crooks have not been held accountable for their massive fraud – and they’re still benefiting while most Americans are reeling from the economic melt-down. Because Democrats and Republicans in Congress and the White House created the conditions for the 2008 economic disaster by deregulating the financial industry at the behest of the predatory banks. Because child poverty in the U.S. is worse than in every other industrialized nation other than Romania. Because U.S. maternal mortality – women dying in connection with pregnancy or childbirth – is worse than in 49 other nations, even though we spend the most on health care.  And in the U.S., maternal mortality among African-American women is four times as great as among White women.

Because infant mortality in the U.S. is next to the worst in the developed world.  Only in Latvia do more children die during their first year. Because when what is often called “Obamacare” (which should be called “InsuranceCompanyProfitPlan”) is fully implemented, 30 million people in the U.S. will still be without essential health care. Because millions of U.S. working people are unemployed after the Democrats and Republicans sent jobs overseas to please multinational corporations who pay far less in wages and benefits to foreign workers. Because President Obama promised leadership on climate change and hasn’t done anything to protect the future, while he has approved more offshore drilling and pushed non-existent “clean coal”. Because 2.3 million people are languishing behind the bars of our prisons and jails – by far the highest incarceration rate in the world – with astoundingly racist implications. Because we’re spending less on education and more on prisons – all while the U.S. is losing its global competitive edge. 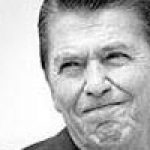 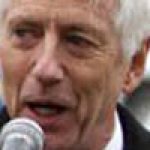 Who else tells it like THAT? Rocky speaks truth to power!2012 President