Congratulations Rocky! You are on the NM ballot!

Congratulations Rocky! You are on the NM ballot!

Rocky Anderson will have his name on the New Mexico ballot as the New Mexico Independent Party Presidential candidate in 2012.
According to Marc Black, co-chair of the NMIP,  “The New Mexico Independent Party was formed in 2008 to provide ballot access for the Nader/Gonzalez campaign.”
On Saturday, June 23rd the party held its nominating convention in Eldorado at Santa Fe.  Rocky Anderson was the unanimous choice by members of the party.  The former two term mayor of Salt Lake City, founder of the High Road for Human Rights and co-founder of the Justice Party is also Ralph Nader’s choice for the 2012 election.
Marc Black says, “Rocky Anderson will appeal to many New Mexicans who want to make a difference in this election. His philosophy is economic, environmental, and social justice.  He has devoted his entire life to working for these goals.  Rocky has a proven record, and I am certain the more people get to know him, the more they will like him.”

54% of American voters are disenchanted with the Republican and Democrat parties and seek a third political party to support. Voters are tired of their politicians being bought and paid for. Anderson limits donations to $100 and does not accept corporate money. The New Mexico Independent Party thinks he represents what many New Mexicans are looking for.

“Americans need to stop thinking of third parties as spoilers and realize it is the Republicans and Democrats who have spoiled our economy, squandered our resources on senseless wars and created the largest disparity in wealth our country has ever known.  Like Ralph Nader, Rocky Anderson can and will make a difference.” 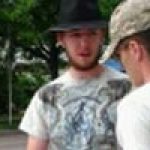 Rocking in Vermont – Stepping Up the Tempo2012 President 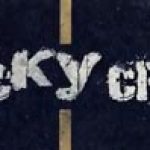